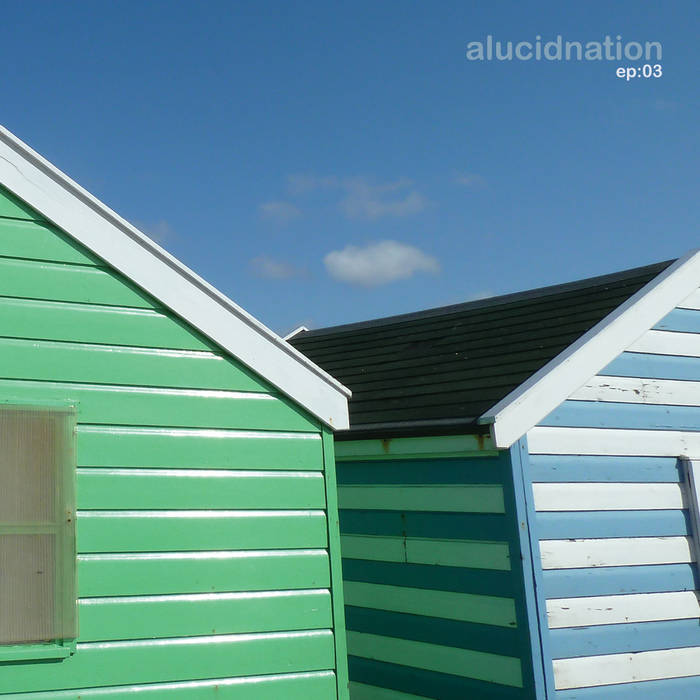 Alucidnation's EP:03 was released in support of his album 'Aural Architecture', issued on Interchill at the end of September 2013. Bruce chose 3 renowned London based remixers to add their spice and magic to a couple of tracks from the album. They are a bit of a dream team if you're a chillout afficionado:

Greg Hunter has a huge track record, stretching back into the golden years of early Orb, where he assisted as an engineer on some of their best work. His aptly titled and impeccably produced Retro-Spectral mix will be sure to light things up and spin people out 4/4 style with it's well paced deep techno groove filled with acid bubbles and micro details.
dubsahara.com

Tom Green aka Another Fine Day is an artist who brings a high level of virtuosity to his production and playing. This remix follows the original mix, but also has the unmistakable Another Fine Day sound; warm, open, welcoming and wonderfully produced. Tom's album Salvage on label Six
Degrees turned a lot of heads, as did his remix of the classic tune Scarborough Fair.
anotherfineday.co.uk

Irresistible Force aka Mixmaster Morris is a legend of chillout music and has been playing music and dj'ing since before the summers of love in the late 80's. With classic albums on Rising High and Ninja Tune it is a real honour and pleasure to hear the Irresistible Force take on Alucidnation's track Genetics. Mixmaster Morris wrote the book on chill music and works harder as a DJ than anyone we know. Full bio here - en.wikipedia.org/wiki/Mixmaster_Morris

Alucidnation's track Fog (in Dub) is a slice of dubby mellowness with dreamy melodica, long synth washes and peaceful vibes. Bruce Bickerton has been writing and producing music since the heady days of the early 1990's.  With 2 albums and 2 ep's on Big Chill Recordings and a handful of remixes, Alucidnation has a loyal following and a sound that defines classic UK chill out music. Bruce runs his own label Lucid Recordings and produces and presents a weekly radio show 'Eclectronica' on Chill DAB and MixCloud (www.mixcloud.com/alucidnation)

This ep is a must buy for fans of chillout music and anyone who enjoys inspired sounds in their life.